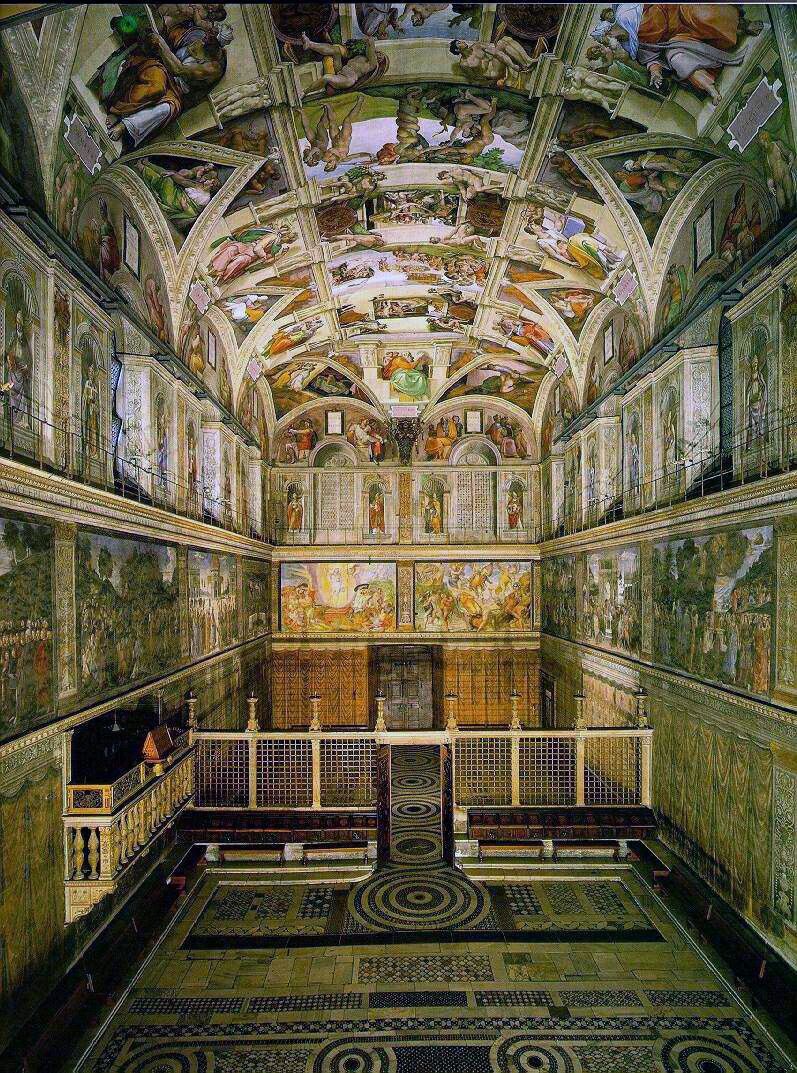 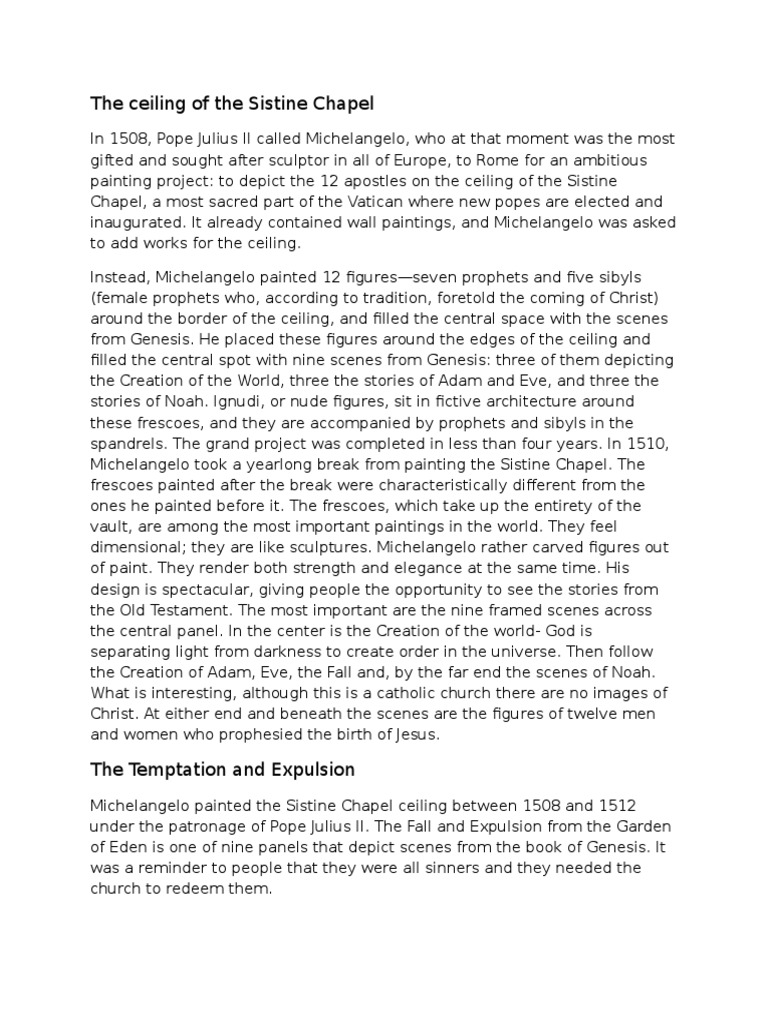 Before my trip to Rome last year I was looking for a book that would prepare me for the bombardment of history and art that awaited. This book by historian Ross King focuses on Michelangelo Buonarotti’s masterpiece in the Sistine Chapel while giving a rounded view of the social, political and religious backdrop of the time. The cycle of ceiling paintings are probably Michelangelo’s most famous body of work and widely considered the jewel of the Vatican. So, eager to cram my brain with useful information I brought this book in preparation of my long-awaited visit.

Rarely is a factual book actually interesting and written in such a way that it flows like a novel, but Ross King manages it. He goes through Michelangelo’s fresco cycle panel by panel, telling the artist’s story in the process. I am particularly enamoured with anything Papal, and Julius II (il papa terribile) was a particularly fascinating character, although by all accounts a nightmare employer. The book sheds light on the conflicts of the time, all entangled with the Catholic Church and the rulers of Europe. The Papacy was constantly struggling to fend off attacks from the general populace and foreign invaders, making the job of being Pope rather more of a burden than a privilege. However the power and wealth of the Vatican was ever-growing and commissioning art was the ideal way for the Pontiff to utilise this publicly. At the age of 33 when approached to take on this mighty project, Michelangelo was working on the Pope’s tomb; we must remember that he was a sculptor by trade. Accepting the commission somewhat reluctantly (and I imagine with little choice in the matter) Michelangelo set about the task with a small trustworthy team and a lot of scaffolding. Between 1508-12 Michelangelo created what was to be his first and last fresco on the walls and ceiling of the Sistine Chapel. The great Vasari saw the method as “the most manly” an artist could turn his hand to, so it is not surprising that the artist’s ego felt compelled to have a go. Although Michelangelo was enamoured with the grand images of Ancient Rome (which were almost always pagan), he clearly wanted to do his own thing here. This sort of daring is especially risky when your patron is the Catholic Church, but his inventiveness paid off. It is known that the artist’s relationship with Pope Julius II was a tumultuous one, both men being of a violent and passionate (typically Italian?) temperament. Perhaps Julius saw a little of himself in the rebellious artist, he was after all the first Pope to grow a beard, something which went against canon law.

The artist worked on the project for four intermittent years, on occasion fleeing from Rome and his difficult patron after a heated argument. He declared to a friend “I am not in the right place—I am not a painter.” Working in the same building at the same time was an artist who was every inch a painter – Raphael. His masterpiece The School of Athens was being created in the Pope’s residential rooms at the Vatican. His presence in the book provides an interesting contrast to Michelangelo’s, both personally and professionally. Raphael was all about harmony, elegance and he gave everything a feminine touch. Michelangelo on the other hand depicted power through the influence of Antiquity and the male nude. His works are solid and masculine. He even used male models to depict females, simply adding or taking away parts as required. This is clear in his Amazonian sibyls who are broad shouldered and muscular. He was bold and innovative; he was the first artist to depict God with bare feet for example. He broke with tradition when painting The Creation of Adam, interpreting the Bible’s description of how ‘God breathed life into Adam’ in a radical way with the imminent touching of their fingers. This is an image that first comes to mind when thinking of the Sistine Chapel.

After finishing the book I feel like I know Michelangelo. He was undeniably a genius (we knew that already), stubborn and a massive ego, but he was also a misunderstood man; troubled, dealing with family problems, suffering with melancholy (as well as terrible physical pain from painting the ceiling standing-he wrote to his friend that his “spine’s all knotted from folding myself over”) and he sacrificed everything for art. Joshua Reynolds described the ceiling as being “the language of the Gods” and insisted that all artists study him. It is no wonder his nickname was Il Divino.

Michelangelo And The Pope's Ceiling Movie