The sixth book in the forever popular series of the king of the jungle. Tales of King Arthur and his legendary Knights of the Round Table. The French translation of the classic poem 'The Raven' by Edgar Allan Poe. Moby Dick, a vicious whale, has bitten off the leg of Captain Ahab, who seeks revenge. Jun 25, 2013 The Boy Who Loved Math.: Deborah Heiligman. Roaring Brook Press, Jun 25, 2013 - Juvenile Nonfiction - 44 pages. Most people think of mathematicians as solitary, working away in isolation. And, it's true, many of them do. But Paul Erdos never followed the usual path. At the age of four, he could ask you when you were born and then.

So many wonderful people are saying such nice things about The Boy. Here are some of the nice things that have happened:

From Brain Pickings: The Boy Who Loved Math: The Illustrated Story of Eccentric Genius and Lovable Oddball Paul Erdős

THE BOY WHO LOVED MATH was named an Anne Izard Award winner. This is an award for storytelling given my librarians in Westchester County, New York. I was not able to go to the ceremony (I was on my way to Sardinia), but I sent my acceptance. Thank you to all on the committee!

THE BOY WHO LOVED MATH won the Cook Prize. For details please visit the Bank Street page here. This one is special to me because the finalists were chosen by the Bank Street Book Committee, but then the winner was voted on by epsilons! Actual children. Paul would love that.

THE BOY also has been fortunate enough to get these honors and awards:

The Boy is an Orbis Pictus Honor!

And an ALA Notable!

It’s a New York Times Notable Children’s Book of 2013. I like how they talk about it on the podcast, too.

The NYPL named it one of their 100 titles to Read and Share.

Booklist named it an Editors’ Choice for Youth 2013.

Booklist named it a Top Ten Book About Science 2013.

Tablet Magazine says it’s one of the best Jewish books of the year!

Booklinks named it a Top 30 Title for K-8 Classrooms and Libraries.

Most people think of mathematicians as solitary, working away in isolation. And, it’s true, many of them do. But Paul Erdos never followed the usual path. At the age of four, he could ask you when you were born and then calculate the number of seconds you had been alive in his head. But he didn’t learn to butter his own bread until he turned twenty. Instead, he traveled around the world, from one mathematician to the next, collaborating on an astonishing number of publications. With a simple, lyrical text and richly layered illustrations, this is a beautiful introduction to the world of math and a fascinating look at the unique character traits that made “Uncle Paul” a great man. (Obviously I didn’t write the above. I think my editor did. But I like it, so I’m using it.) Before we get to the braggy stuff…

Want to know more about Uncle Paul? Here are some cool places to explore:

Check out The Erdös Number Project page. Do you have an Erdös number? Ron Graham, one of Paul’s best friends, has a cool page here. Watch out, if you click through to all the links and spend as much time there as you want, it will be tomorrow. Want to see some photos of Erdös? Go here. You’ll see what a great job LeUyen did capturing him.

Speaking of capturing him, treat yourself to this wonderful documentary of Uncle Paul if you want to “meet” him some more. Want to make a Sieve of Eratosthenes? Want to see Paul as a dancing saint? Here’s a really good blog about math: Musings on Math.

And here’s a wonderful blog on math and teaching called love2learn2day. I must admit she did a really nice review of The Boy! 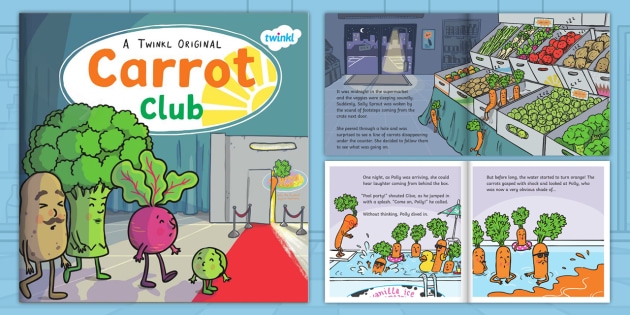 Also, please check below for some corrections.

I had a great launch for the book at Bank Street Books. And at the launch, was presented with this by Joel Spencer, who helped me a lot with the book (and has an Erdos number of 1!)

Want to play around with integer sequences? Go here!

Fuse #8 blogger Elizabeth Bird gave her readers a “first look” at the book here. We love Betsy in this house. The New York Times math blog, NUMBERPLAY did wonderful feature about Erdos and the book the week of his 100th birthday. Here it is. Check out this GREAT review on Boingboing! And, The New York Times ran great review by none other than Nate Silver! – read it here.

THE BOY has gotten three starred reviews from journals.

“Though eccentric mathematician Paul Erdős might seem an unusual subject for a picture book, his story makes for a memorable biography. Growing up in Hungary during World War I, Erdős tried school but chafed at the rules and convinced his mother that he should study at home. He was fascinated by numbers from an early age, and by the time he was 20, he was known as “The Magician from Budapest.” Unable to do common tasks such as cooking, laundry, or driving, he spent his adult life flying around the world, staying with other mathematicians, and working collaboratively on challenging math problems. Math is woven into the lively writing (“Mama loved Paul to infinity. Paul loved Mama to, too!”). The wonderfully vivid artwork, where ideas from the text are clarified, also uses decorative elements to support the idea that Erdos saw the world differently—numerically. Heiligman appends a lengthy note about writing the book, while Pham offers a more extensive note on creating the illustrations, in which she comments on the mathematical ideas and mathematicians depicted in the art. This excellent picture-book biography celebrates a man little known outside his field, but one well worth knowing.'—Carolyn Phelan— Booklist, starred review.

“As a boy in Budapest, Paul Erdos (1913–1996) had problems to solve, but they didn’t involve math. Rules were a problem, and school was another: “Paul told Mama he didn’t want to go to school anymore. Not for 1 more day, for 0 days. He wished he could take days away—negative school days!” Heiligman and Pham cleverly incorporate mathematical references through this story, which follows Erdos from a numbers-obsessed boy to a numbers-obsessed man who flouted societal norms and couch-surfed the globe—other mathematicians were honored to have him as a guest for the chance to talk math with him. Erdos’s unconventional brilliance shines through on every page, and extensive author and illustrator notes (including Pham’s explanations of the mathematical concepts she works into each illustration) will delight readers with even a fraction of Erdos’s interest in math.” — Publisher’s Weekly, starred review.

Horn Book also gave it a great review: Heiligman and Pham combine their considerable talents in this unique look at the “Magician from Budapest,” nomadic mathematician Paul Erdős (1913–96). A precocious youngster, Paul hates rules. Cared for by his doting mother and imperious “Fräulein,” young Paul is spoiled rotten—the two women “cut his meat and buttered his bread and got him dressed and tied his shoes.” But where the mundane details of daily life don’t do much for Paul, numbers are a different story. Paul “thought about math whatever he was doing, wherever he was” as he grows into one of the world’s renowned intellectuals. Not one for settling down, Paul travels the world, lecturing and attending math meetings, all while others “did his laundry and cooked his food and cut open his grapefruit and paid his bills.” Heiligman presents Paul as an appealing eccentric: for instance, Paul referred to children as “epsilons” (because epsilon “is a very small amount in math”). Pham’s artwork is inspired—her characters have a timeless quality, and each illustration is a puzzle for the reader to solve, with prime numbers hidden on buildings and complex numerical concepts seamlessly integrated into the fabric of many pictures. While the overall layout is high in reader appeal, the font size is far too small for the target audience. Especially tiny are the otherwise excellent author’s and illustrator’s notes, which further demonstrate their respect and admiration for Erdős and are well worth the potential eye strain. Design flaws aside, this is an infinitely creative and entertaining book for epsilons, numerically inclined or no.

We have been fortunate to get some gorgeous reviews and blog posts. Here are a few: From Kirkus and it’s called Math–All Day, Everyday! Click here, and thank you, Julie Danielson!!

An amazing review from the Mathematical Association of America’s magazine: HERE.

The Association of Jewish Libraries gave The BOY this lovely review:
What if you spent every waking day so engrossed in a single pursuit, so immersed in your life’s passion that you had little time, or interest, in learning anything else: how to cook, pay bills, do laundry, or even butter toast? Such is the story of eccentric Hungarian mathematician, Paul Erdos. For Erdos, who published more than 1,500 math papers, time not discussing number theory and combinatorics was time wasted. In The Boy Who Loved Math, Heiligman traces Erdos’s unconventional life from his early childhood obsession with numbers (he could instantly calculate how many seconds a person had lived based on birth date) to his vagabond-like, academic globetrotting. He would show up on other mathematicians’ doorsteps in the middle of the night to stay and work, greeting each with his familiar salutation, “My brain is open!” A man known for having few possessions and living out of two small suitcases, Erdos gave many monetary awards to the poor and set up prize money to be given to those who answered unsolved math problems. He is perhaps most noted for advancing the field through his frequent collaborations with other lovers of numbers.

Heiligman smartly breathes life into both Erdos’s genius and peculiarities, giving young readers a much richer portrait than what is often seen in a standard children’s biography. Pham’s retro-style illustrations capture not only Erdos’s idiosyncrasies, but also cleverly incorporate the world of math. She saturates the pages with mathematical concepts such as harmonic primes, amicable numbers, Euclid’s Proof of the Infinity of Prime Numbers, and the Sieve of Eratosthenes. Doing so gives the story an added texture and depth. While not mentioned in the body of the book, Erdos’s Jewishness is touched upon briefly in the extensive author’s note. All “epsilons” (Erdos’s word for “children”) will enjoy reading about “The Magician from Budapest”. Highly recommended. Allison Marks, Temple Israel Library, Akron, OH

In the acknowledgments a few names were misspelled. They were corrected in subsequent printings. But if you have a first-printing: Jerrold Grossman’s first name is, in fact, Jerrold. These are the correct spellings of three other names: Richard Schelp, Ioana Dumitriu, and Debbie Golomb.

Oh and one more thing: Please go here for a really fun comic about love and Erdos.

Most people think of mathematicians as solitary, working away in isolation. And,... read more 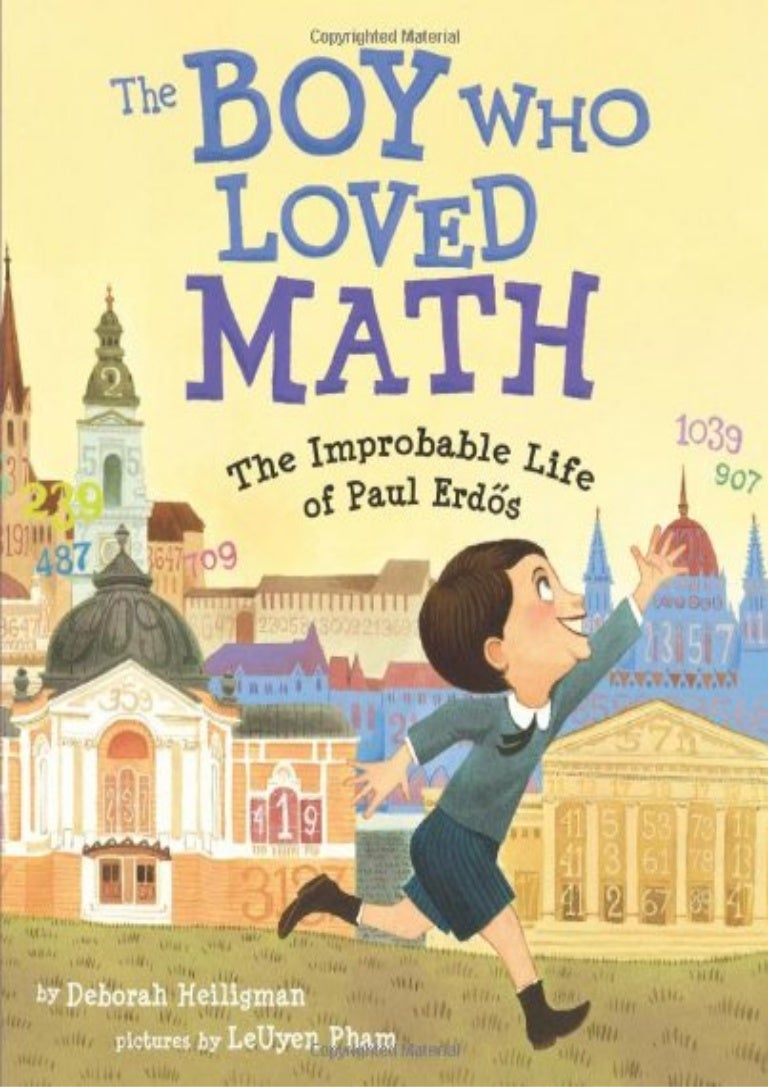