One never knows what one might find by having a good rummage at an estate sale; at one such sale, one attendee discovered an antique manuscript that revealed itself to be The Life and Adventures of a Haunted Convict, the first known memoir penned by an African American prisoner. Its author, Austin Reed, was first arrested as a teenager and was incarcerated at the juvenile facility in Manhattan, New York, know as the New York House of Refuge. After his release he became indentured to a farmer, convicted of larceny and in 1840 was imprisoned again, this time in the Auburn State Prison, It was during this time that he penned the book-length manuscript that was to become his memoir, in which he detailed his early life and his time in juvenile detention, and also his first years at Auburn. Much of the manuscript is hard to follow because it jumps from one subject to another; Reed's opinions on the way prisoners are living is interspersed with his almost constant opining about morals, a subject about which he seems to be extremely conflicted, often contradicting himself. One constant, though, is the injustice of the justice system, which Reed believes is based on an entirely racist view of the world perpetuated by the state and designed to trap released prisoners into committing another offense.

The book, although a memoir, reads more like a work of fiction. This is partly due to Reed giving his protagonist a name that is different from his own, referring to him as 'Rob' and talking of him in the third person, which is highly unusual for a traditional memoir. At the same time, Reed is vehemently against crime fiction, which he believes glorifies evil deeds and actions Reed also has a tendency to equate the color black with criminality or evil, for example, giving one of his characters 'eyes as black as indigo'. Whilst railing against the racism that he sees is inherent in the criminal justice system Reed still tells his readers that the color of a man's skin is a predictor for their behavior. This view keeps him on a trajectory that is entirely criminal and lawbreaking. Reed sees the views and actions of the state as far more instrumental in predicting the outcome of a young boy's life than the actions of the boy himself. 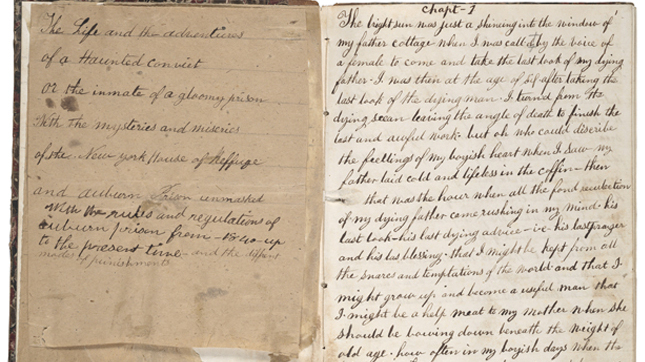 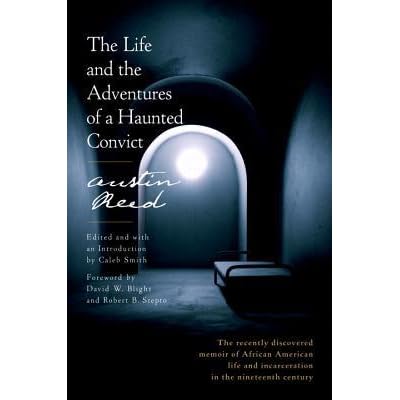 Not only is the memoir the first known prison memoir by an African American author, it deals with several other firsts as well; for example, the New York House of Refuge was the first juvenile reform school in the nation, opened with the purpose of separating child criminals from adult ones, and using their incarceration as an opportunity for change rather than as a punishment.

Although the manuscript was later published by Caleb Smith, in February 2016, the original is kept in the Beinecke Rare Book and Manuscript Library at Yale University, one of the largest buildings in the world that is dedicated just to manuscripts and books.